Major Sporting Events In The Metaverse: This Is How Champion Competitions Change With The Virtual World 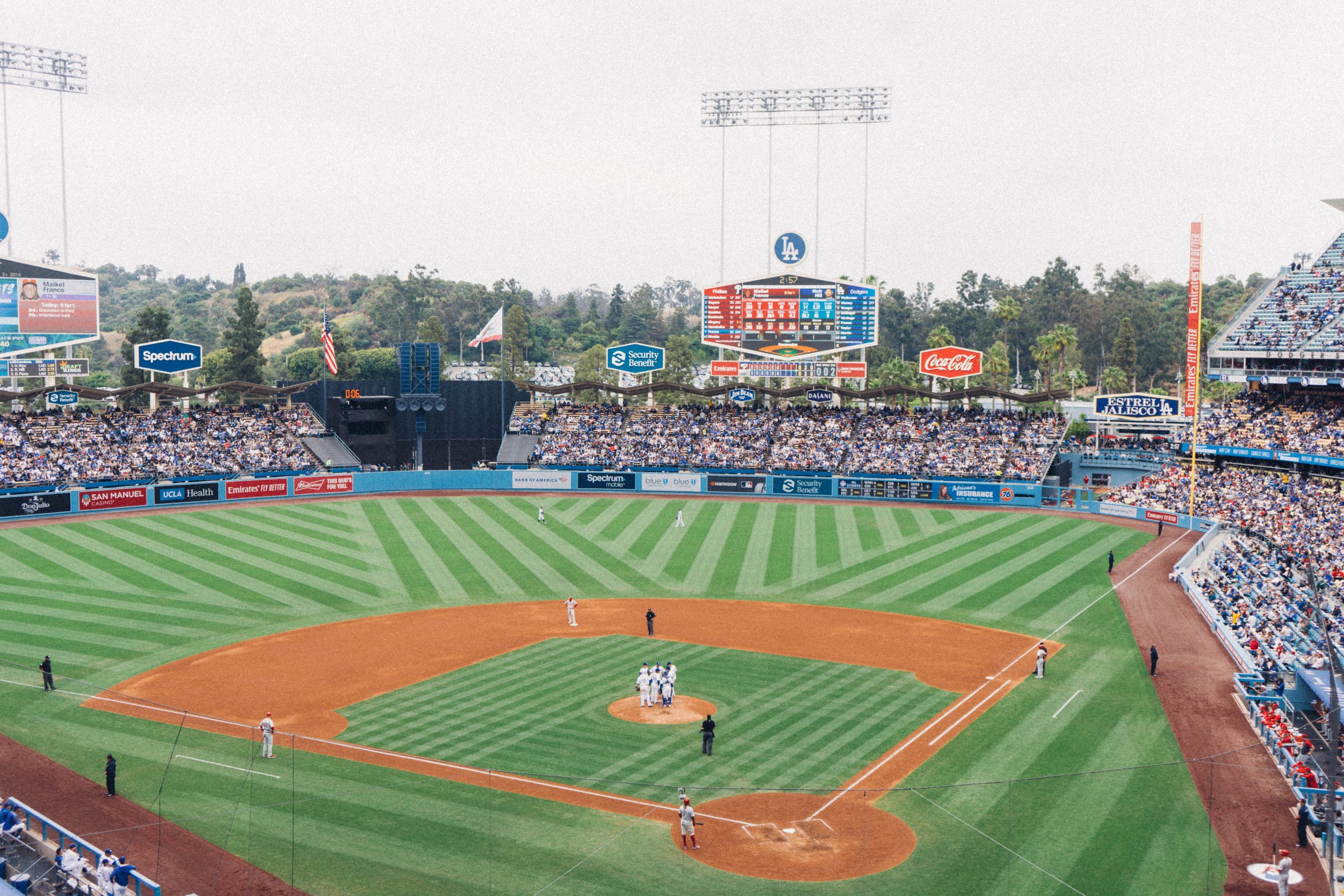 Sports first – like baseball, football or basketball – could only be seen in stadiums and sports halls. Then television was born. After streaming to see the events on smartphones. Today it is time for sporting events, major sporting events, in the Metaverse.

In the Metaverse there are no limits of space and time. Sports can be practiced anywhere, anytime. Sporting events can involve thousands, even millions, of spectators.

Viewers can fully immerse themselves in the action, following the players up close or from above, and choose their own point of view on the action. Additionally, viewers can interact directly with other viewers and players, creating a whole new engagement experience.

Manchester City FC is working with the University of Sussex to build the world’s first virtual stadium.

It will be a 3D space where spectators can choose their own view of the action, interact with other spectators and even play football.

The project is still under development, but if successful it could pave the way for a new way of experiencing sport.

In the future the stadiums could be built in a virtual version, allowing spectators to watch the events from anywhere in the world.

The advantage for the teams and players would be enormous: they would no longer have to travel to play matches and training could be carried out in the virtual stadium.

This is science fiction at the moment

In addition, spectators could choose to purchase tickets for events at any time and from anywhere, without having to go to the stadium.

The first tests of the virtual stadium will be conducted during the next Premier League season, with the hope of making the stadium available to all clubs and teams in the world by 2025. 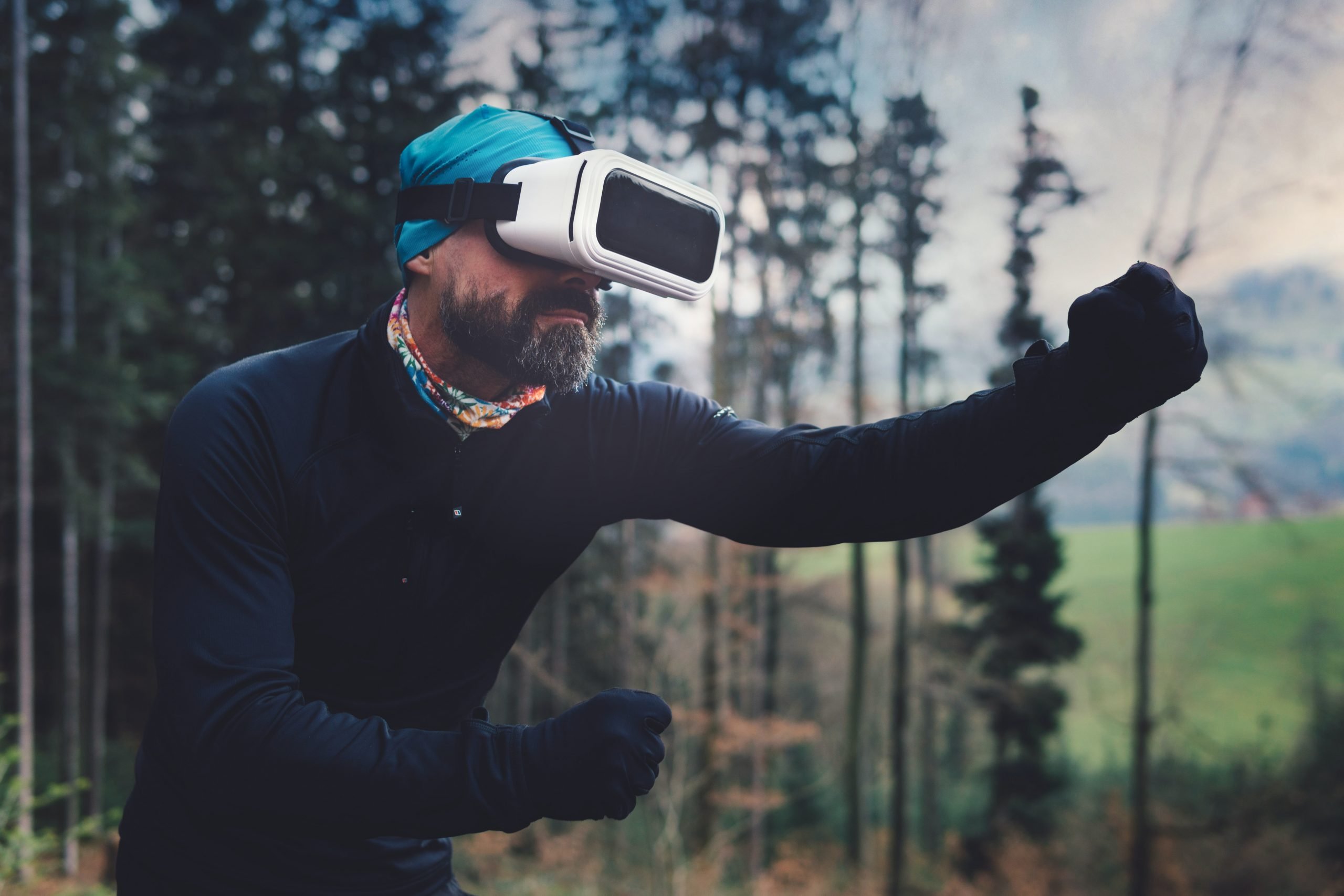 The Ultimate Fighting Championship (UFC) is another organization that is exploring the potential of sporting events in the Metaverse.

In collaboration with video game giant EA Sports, the UFC has created a virtual arena where fans can watch events and interact directly with fighters.

The virtual arena will be available to Playstation 4 and Xbox One users starting next month, and will offer viewers a whole new experience.

Users will be able to choose to purchase tickets for events at any time and from anywhere, without having to go to the arena.

The UFC hopes the new virtual arena will bring thousands of new fans to the sport, allowing them to experience the UFC in a whole new way.

eSPORTS IN THE METAVERSE

Electronic sports (eSports) are already experiencing a boom all over the world, and are destined to grow further in the Metaverse.

In a recent report, research firm SuperData predicted that the value of eSports will reach $5 billion in 2025; a double-digit increase over the previous year.

Users will be able to immerse themselves completely in the action, choosing their point of view on the action, and interacting directly with the players and other spectators.

The virtual world offers eSports organizers the ability to create impactful events, engaging thousands of spectators from all over the world.

The first steps towards a future of sports in the Metaverse have already been taken, and there is great potential for further developments in the future.

Virtual sports could indeed become a central part of the lives of many individuals in the near future.

The Brooklyn Nets are the first basketball team in the NBA to announce plans to bring their gaming experience to the Metaverse.

A hundred high-definition cameras around the parquet of the Barclays Center are trying to map the pitch.

It will be almost identical to the baskets, the players, and the game filmed by the cameras.

Fans can access this reality through VR technologies and explore every corner in the arena, generating a new dimension of entertainment between physical and virtual reality.

The Australian Open was another sporting event that recently took a big step towards the Metaverse.

The famous tennis tournament has announced a partnership with Decentraland to create an immersive gaming experience for fans.

This is a detailed rendering of Melbourne Park in the state of Victoria.

It is possible to organize events between the facilities of the Grand Slam Park, the Rod Laver Arena and others. The data is encouraging: since its inauguration, the Metaverse of the AOs has attracted between 4,000-5,000 unique visitors a day. 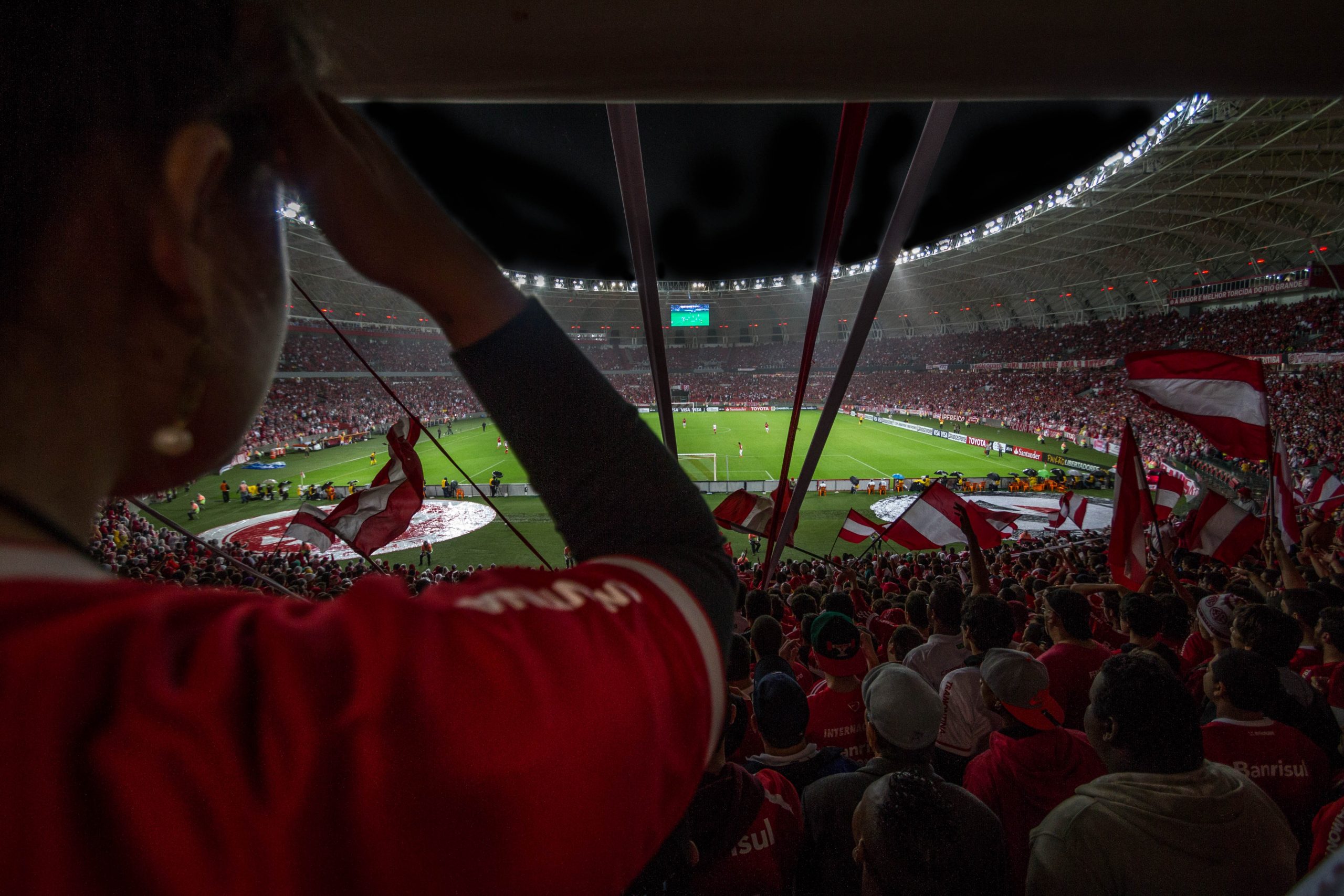 Great sporting events have always been a moment of congregation and sharing, and the Metaverse offers viewers a whole new way to experience them.

Major sporting events in the Metaverse are set to become more and more popular in the near future, offering viewers a truly different experience than anything they’ve experienced so far.

With all this change there is one thing that will never change: the emotion and the adrenaline of attending a major live sporting event.

The user traffic will increase and so will the financial aspect. Think about television rights.

The UFC, the famous MMA, has already been present in the Metaverse for some time. It is possible to watch live matches and tournaments, choosing your point of view on the fight, and interacting with other spectators in the chat.

The goal of the UFC is to increase its fan base with VR technology and take the sports experience to a new level. In short, even professional sports.

FITNESS IN THE METAVERSE

The fitness sector is also starting to exploit the potential of the virtual world.

Another way of doing sports that represents an incredible asset for this new reality is augmented reality.

The FitXR platform offers users an immersive and engaging training experience, thanks to which they can burn calories and improve their fitness in a fun and motivating way.

FitXR is compatible with all major VR headsets, and is easily accessible to anyone who wants to try this new form of training.

The platform offers users a number of different training classes, which can be followed according to their preferences and goals.

There is great potential for fitness development in the Metaverse, and there are already some platforms that are starting to exploit this potential.

ADVANTAGES OF THE METAVERSE FOR ATHLETES 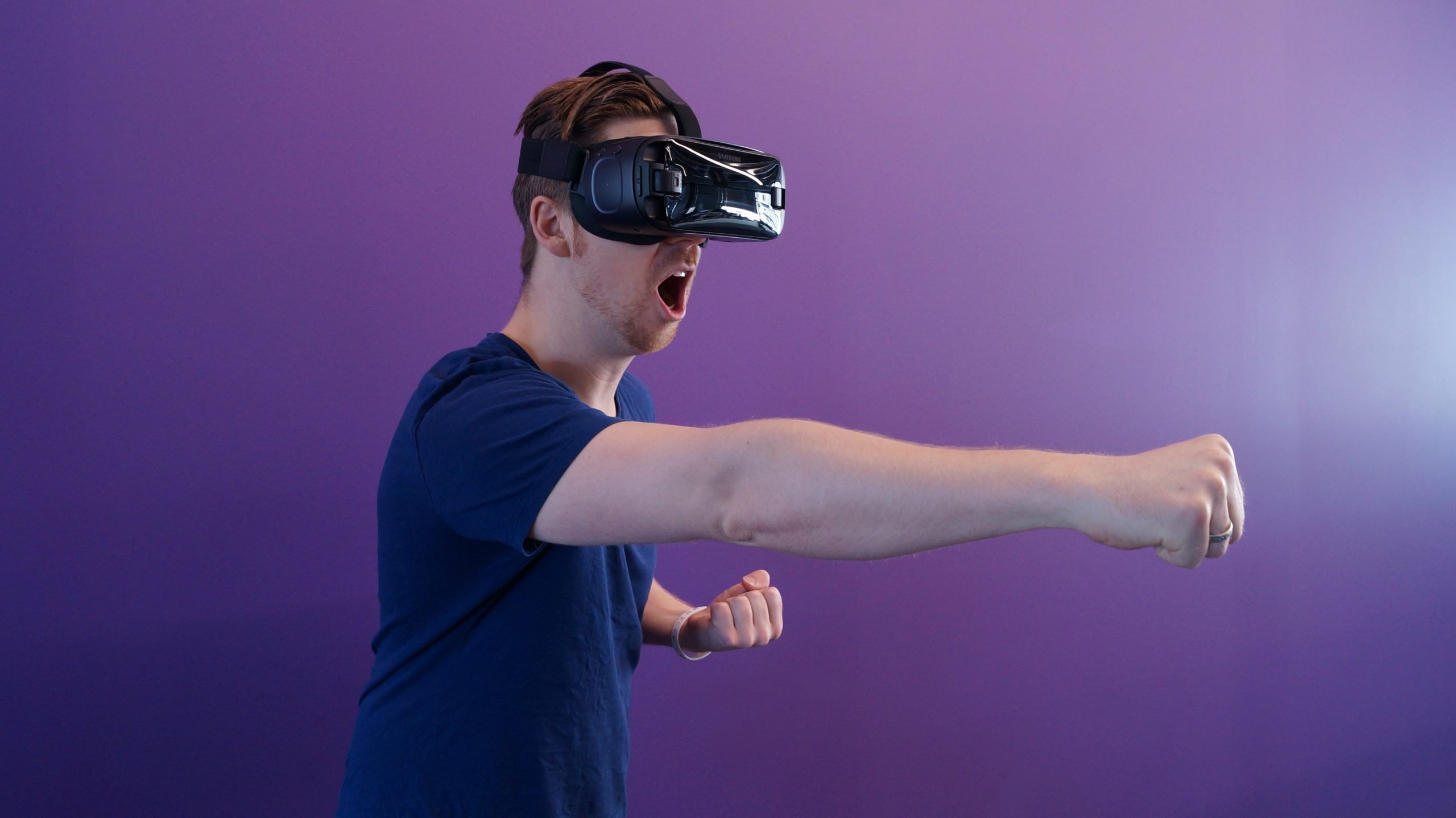 There are many advantages for athletes who decide to enter the Metaverse.

First of all, the Metaverse offers the sport’s participants a new dimension of training and play.

Thanks to VR technology, athletes can explore new dimensions of space and time, experience new environments, and test their limits in a whole new way.

Secondly, the Metaverse allows athletes to train and play with other athletes from all over the world.

This means that athletes can compete with world-class athletes, challenging themselves and improving their performance.

Third, the Metaverse offers sports participants a new way to monetize their talent.

Thanks to VR platforms athletes can sell their image rights, videos of their performances, and other content to their fans.

This means that athletes can earn extra money, in addition to their traditional sports activities.

In short, the Metaverse offers sportsmen many advantages, both in terms of training and economics.