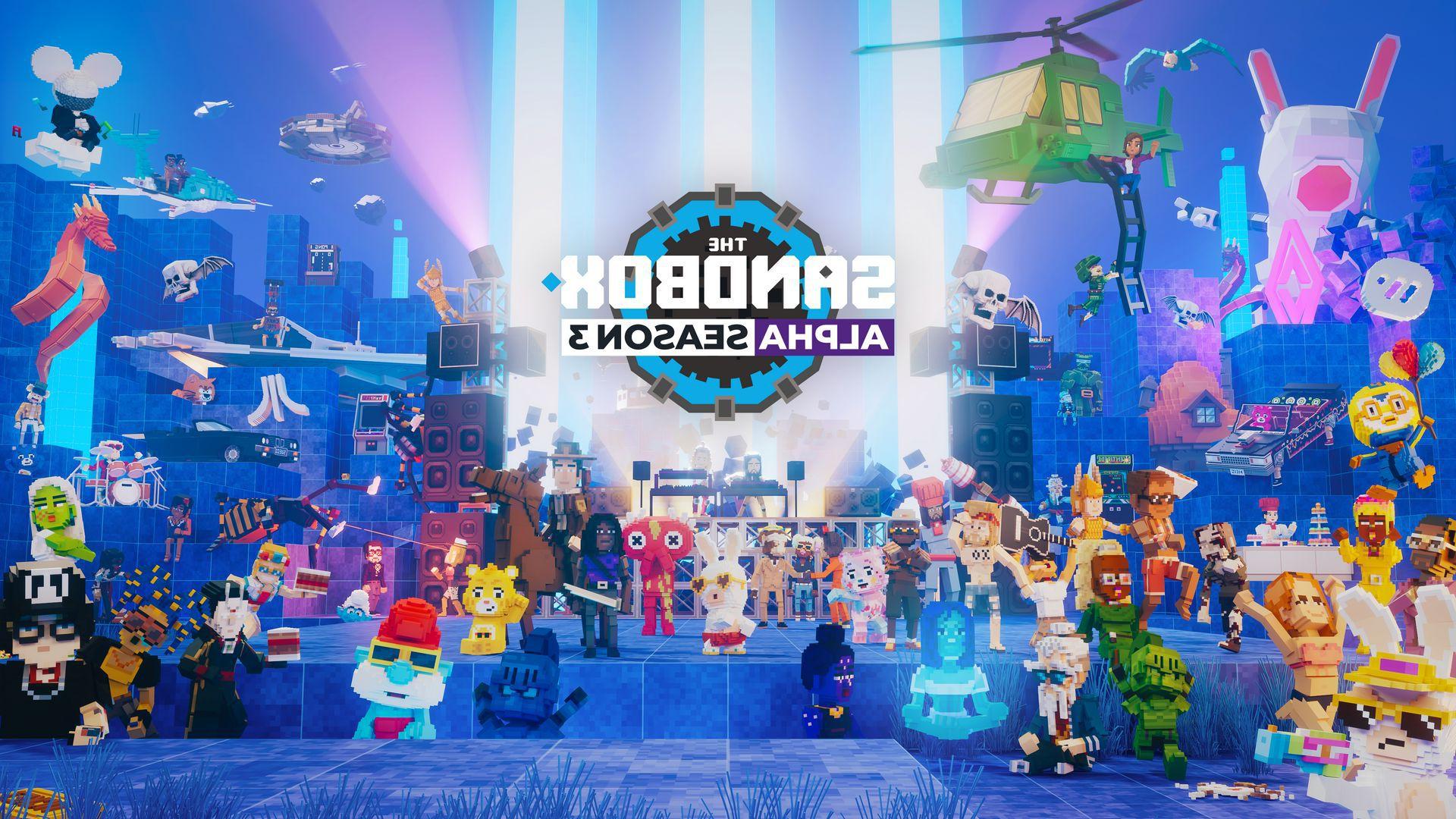 Do you know the offers and discounts that stores or e-commerce companies apply? Or the offers that airlines or travel agencies make? The Alpha Seasons are in the time window in which the Sandbox Metaverse can do many of those things.

These are times of the year when Sandbox offers unique events and experiences released daily for its users.

In past seasons, events such as treasure hunts, rare item collections, exclusive lands, and much more have been offered.

The Alpha Seasons follow one after the other and each of them has a different theme that can inspire the games and activities that will be proposed.

Participants can build anything imaginable in The Sandbox Metaverse using Alpha Season Kits.

– The previous two moments were opened in November 2021 and March 2022, while the third was released in August 2022 and will end on November 1.

– Inside we will find more than 90 new interactive experiences, and new systems to accumulate points and earn crypto $ SAND, rather than NFT and other collectibles.

WHY BENEFIT FROM ALPHA SEASON?

By participating in the Alpha Seasons you can:

– Participate in themed events to collect points, NFTs, and other collectibles;

– Gain experience in the world of blockchain and cryptocurrencies.

Exclusive NFTs are real investments, both for collectors and for those who want to make a profit in the future, perhaps selling them to other users.

Attending Alpha Season-themed events is a great way to challenge yourself, have fun, and rack up valuable points that can be used to earn additional collectibles.

The free game kits offered by The Sandbox during Alpha Seasons allow users to create interactive worlds based on the theme of the season.

Finally, by participating in the Alpha Seasons you can gain experience in the world of blockchain and cryptocurrencies, as well as learn more about The Sandbox and its Metaverse.

HOW SANDBOX WAS BORN 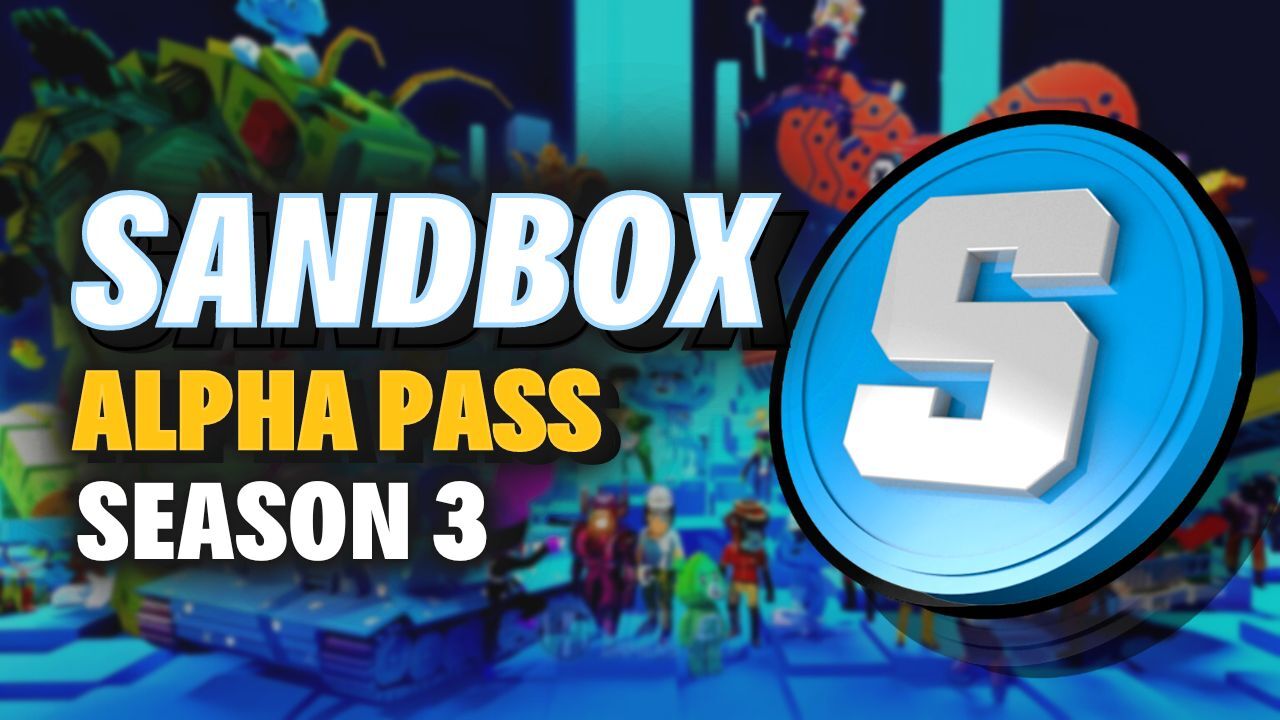 The Sandbox is a blockchain-based gaming platform that allows users to create, play, and share their own worlds of interactive 3D games safely and without commissions.

The Sandbox provides users with a marketplace for the creation, purchase, and sale of land NFTs, as well as a series of tools for creating 3D content and integrating the blockchain.

The Sandbox’s goal is to become the world’s largest decentralized and interactive 3D gaming platform, where users can express their creativity, socialize and earn cryptocurrencies.

The Sandbox was founded in 2017 by Sebastien Borget, Arthur Madrid, and Benoit Vatere. Today it’s a project supported by major investors such as Square Enix, Animoca Brands, B Cryptos, and spazio3D.

In 2019, The Sandbox launched its crowdfunding campaign on the official website, raising more than $3 million from over 15,000 cryptocurrency investors.

In 2020, The Sandbox announced a partnership with Cartoon Network, through which interactive worlds inspired by Adventure Time, We Bare Bears, and Powerpuff Girls were created.

The Sandbox is a constantly evolving project that always offers new opportunities to users interested in the world of blockchain and cryptocurrencies.

HERE’S WHO HAS ALREADY INVESTED IN THIS METAVERSE

Square Enix is one of the largest gaming houses in the world, headquartered in Tokyo, Japan. Founded in 1975, the company is known for its highly successful RPGs, including Final Fantasy, Dragon Quest, and Kingdom Hearts.

Animoca Brands is a Hong Kong-based company that develops and markets blockchain-based and cryptocurrency games. Animoca Brands is known for its highly successful games, including The Sandbox, F1 Delta Time, and Crazy Kings.

B Cryptos is a Singapore-based investment fund that engages in investments in blockchain and cryptocurrency projects. B Cryptos has invested in major projects such as The Sandbox, Enjin, and Binance.

spazio3D is a company based in Paris, France, which deals with the development of interactive 3D content. spazio3D is known for developing the Unity 3D game engine and for having worked on important projects such as The Sandbox, Final Fantasy XV, and Assassin’s Creed.

THE VALUE OF LANDS IN THE SANDBOX METAVERSE 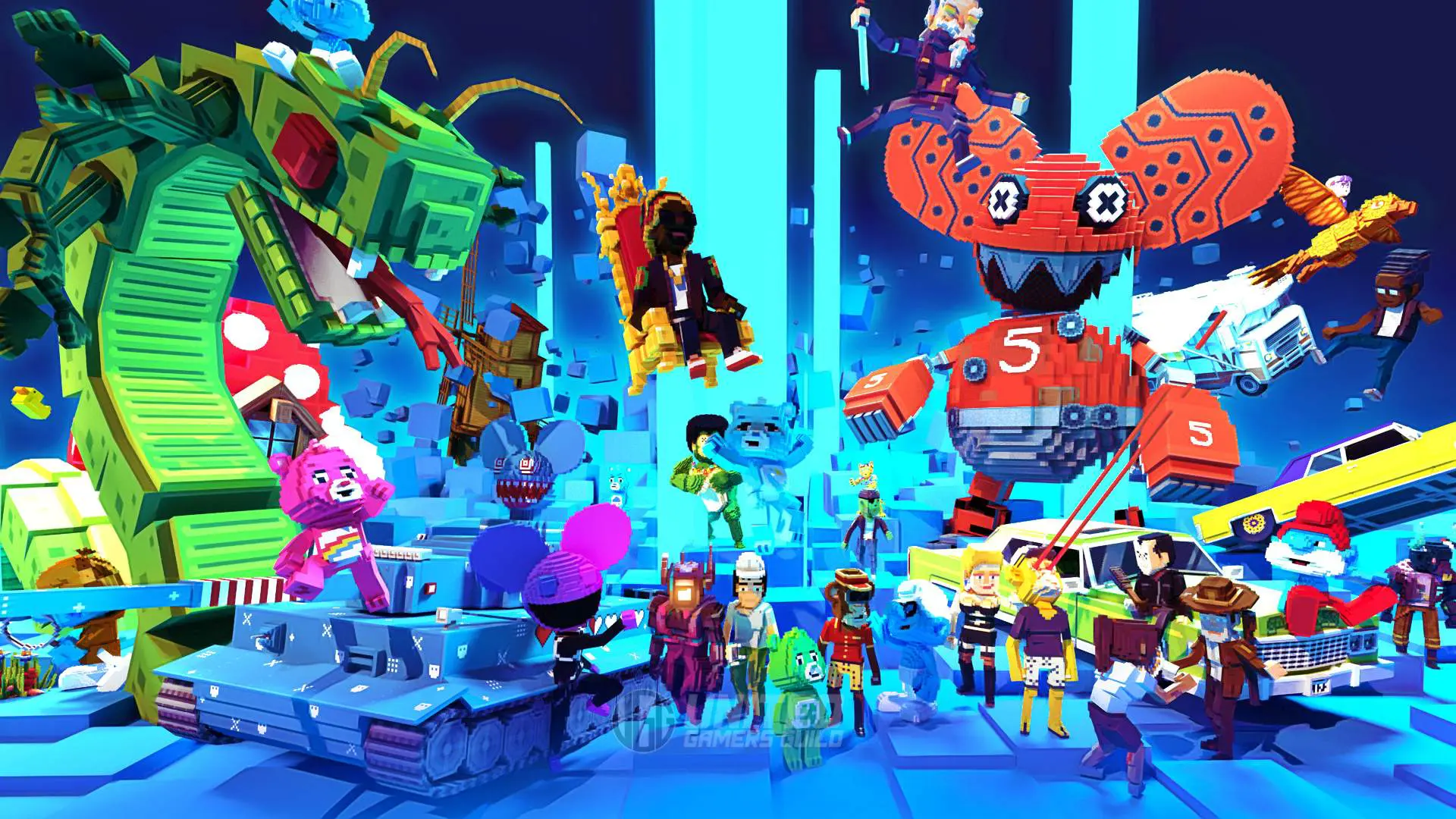 The Sandbox lands were sold at varying prices, depending on the size and location of the land.

The most expensive land sold so far was “The Center”, a 16×16 meter plot located in the center of the Metaverse. “The Center” was auctioned for 150 ETH, which was approximately $24,000 at the time of purchase.

Other lands of The Sandbox have been sold at lower prices, but still very interesting.

For example, an 8×8 meter land was auctioned for 10 ETH, which was approximately $1,600 at the time of purchase.

The Sandbox lands are therefore a very interesting investment for users who want to create their own interactive 3D world, and for those who want to profit from the growing popularity of the platform.

HOW CAN YOU PARTICIPATE IN THE CREATION OF THE SANDBOX METAVERSE?

There are several ways to participate in the creation of The Sandbox Metaverse.

First, you can buy land NFT on the platform’s marketplace. This will give you access to terrain on which you can build your 3D interactive world.

Second, you can use the tools available in the platform to create 3D and blockchain content. This will allow you to create interactive objects, characters, and worlds that you can share on the marketplace or with other users of the platform.

Finally, you can also invest in The Sandbox via SAND tokens, the platform’s native cryptocurrency. Investing in SAND will give you access to exclusive benefits and features on the platform, such as early access to new features and inviting the international community of developers and investors.

The Sandbox is a constantly evolving platform that always offers new opportunities to users interested in the world of blockchain and cryptocurrencies.

However, these are general indications, and not real purchase or investment advice. Manage your savings as you see fit. This article is only a starting point for all those who are interested in the Metaverse.

Before saying goodbye, Join my Telegram Group and receive the free guide: What will the Society of the Future be like and how Androids and Technology Will Change Humanity. here and get the free guide now: t.me/sirnicknite

The New E-commerce Will Be In The Metaverse. Meta’s War On Amazon And Ebay Has Begun

Three Jobs That Will Take Place First In The Metaverse. The New Zuckerberg Viewer Is Designed For This