From the Formula 1 Grand Prix which takes place in the Principality of Monaco, to the nautical fair where the most luxurious yachts in the world parade. Plus the Casino, and a concentration of wealth and men among the most powerful on Earth. That’s what this small independent European state is.

Soon it will also be among the first places to be the leader of the Metaverse.

But they are not alone. There is the Australian island of Tuvalu. An island that is in danger of disappearing and now the government would like to recreate it so it’s never forgotten. Its digital recreation will allow it to survive.

In an absolutely innovative and surprising way, more and more real places land in the virtual world of the Metaverse.

Thanks to its potential, it will be transformed into a true virtual paradise, where people will be able to interact with the digital version of the physical state of the same name.

They can explore the luxurious homes of Monte Carlo, and organize some of the most famous events. An increasing number of large companies will rely on the Metaverse to develop and offer next generation services.

THE QUANTUM LEAP TO THE NEW MILLENNIUM

The goal of the digital twins is to go sightseeing with personal avatars, go shopping, but also to work and do business.

Seoul had announced a few months earlier, the quantum leap with the beta version of Metaverse Seoul. It will be operational in 2023.

The alpha version of the Metaverse of the Principality of Monaco is coming.

– The opening to the public is scheduled for the first quarter of 2023.

– Companies and service companies can already navigate inside with the aim of understanding and testing the functioning of the platform and possibly reserving their own virtual space.

“In the shoes of his digital avatar, the user will be able to move to different virtual places in Monaco, go shopping, visit a museum, or participate in events,” explained Manila Di Giovanni, founder and CEO of DWorld. – DWorld is the start-up that has taken care of the digitization of the Principality.

– The goal is to use new technologies starting from virtual reality, Nfts, and the blockchain as a basis for enabling the Monegasque Metaverse and creating a virtual economy.

– There will also be the collaboration and support of government entities and local businesses.

– It will promote and generate – the intentions of the developers – an ecosystem capable of increasing the level of GDP and tourism.

– At the moment DWorld has managed to complete the three main districts of the city, between Monaco Ville and Montecarlo, with the main points of interest.

– In addition to these, Mareterra, the luxury residential hub will be ready in 2026. It is close to the sea, where it will be possible to visit the apartments in virtual mode and possibly book your lot.

It was a bit of a provocation, a hypothesis to create. The Australian foreign affairs minister, Simon Kofe, did so at Cop27.

Here’s what he said:

In reality, it would not be the first, but one of the first. There are other cities carrying out similar projects. However, this would give extra meaning to the importance of the Metaverse.

“Our land, our ocean, our culture are the most precious assets of our people (made up of just 12,000 people spread over 26 square kilometers.)”

“To keep them safe no matter what happens in the physical world, we will move them to the cloud. The idea is to continue functioning as a state and to preserve our culture, knowledge, and history in a digital space.”

In reality, it is a complete islet rather than an island.

– The Republic of Tuvalu is an archipelago of nine islands between Australia and Hawaii.

– There are about 12,000 inhabitants who live in extreme poverty.

– And now scientists have estimated that the islands could disappear completely, swallowed by the ocean, by 2100.

– According to what scientists estimate, already 4% of the central district capital is under siege by the sea during high tide.

WHAT CAN A PARALLEL CITY OFFER IN THE METAVERSE?

In the Metaverse, it is possible to develop a digital version of the city, with its traditions, its monuments, and its commercial, cultural, and educational activities.

This virtual representation serves to preserve the culture and history of the city, protecting it from threats that could destroy it in the real world.

Furthermore, it can also provide an opportunity to develop new forms of economy that allow the city to thrive.

For example, businesses can have a permanent presence in this virtual space and it is possible to organize events such as concerts, exhibitions, and fairs.

Virtual cities and islands are becoming increasingly popular with people looking to bring their creativity and personal identity to a protected space.

So not just an additional economy but also history and customs. Years of culture and traditions that seemed destined to disappear can now be preserved in a digital space.

Which obviously will be able to convey much more than a book or a YouTube video.

Taking people out of their own world to see the world from another perspective makes this even more interesting.

WILL IT BE A STATUS SYMBOL TO HAVE THE 3D TWIN? An important aspect will be the participation of users and activities. Otherwise empty boxes will remain. A bit as if there were no sites, sales platforms, information, and news online.

It is necessary for the inhabitants to become content creators to share their stories and thus get to know other realities.

The inhabitants can also interact with virtual tourists to whom they can offer guided tours or other services, opening themselves to the many opportunities that the Metaverse offers.

While some might view the creation of a digital city or island as a status symbol, the real motivation is to preserve the history, identity, and cultural patterns that would otherwise be lost.

The Metaverse can be a means to help these communities and cultures continue to thrive even in a post-lockdown world.

This is just the umpteenth demonstration of how technology can contribute to the affirmation of communities that would otherwise risk disappearing.

Virtual cities and islands are just one of the many ways people can connect the real and digital worlds. These connections can have real effects on people’s lives.

Ultimately, the Metaverse may offer opportunities for cities and islands to thrive and maintain their culture, despite the hardships these communities face in the real world. 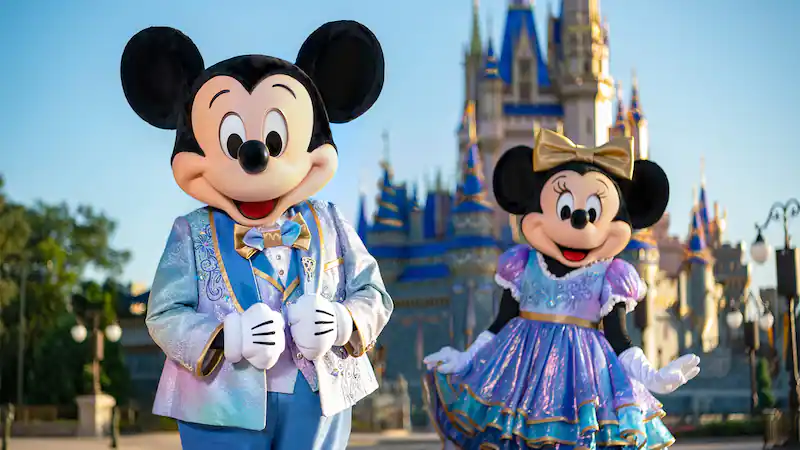 Disney Cartoons Will Animate The Metaverse. Here Is The Futuristic Project Of The Mother Of Donald Duck, Dumbo And Cinderella 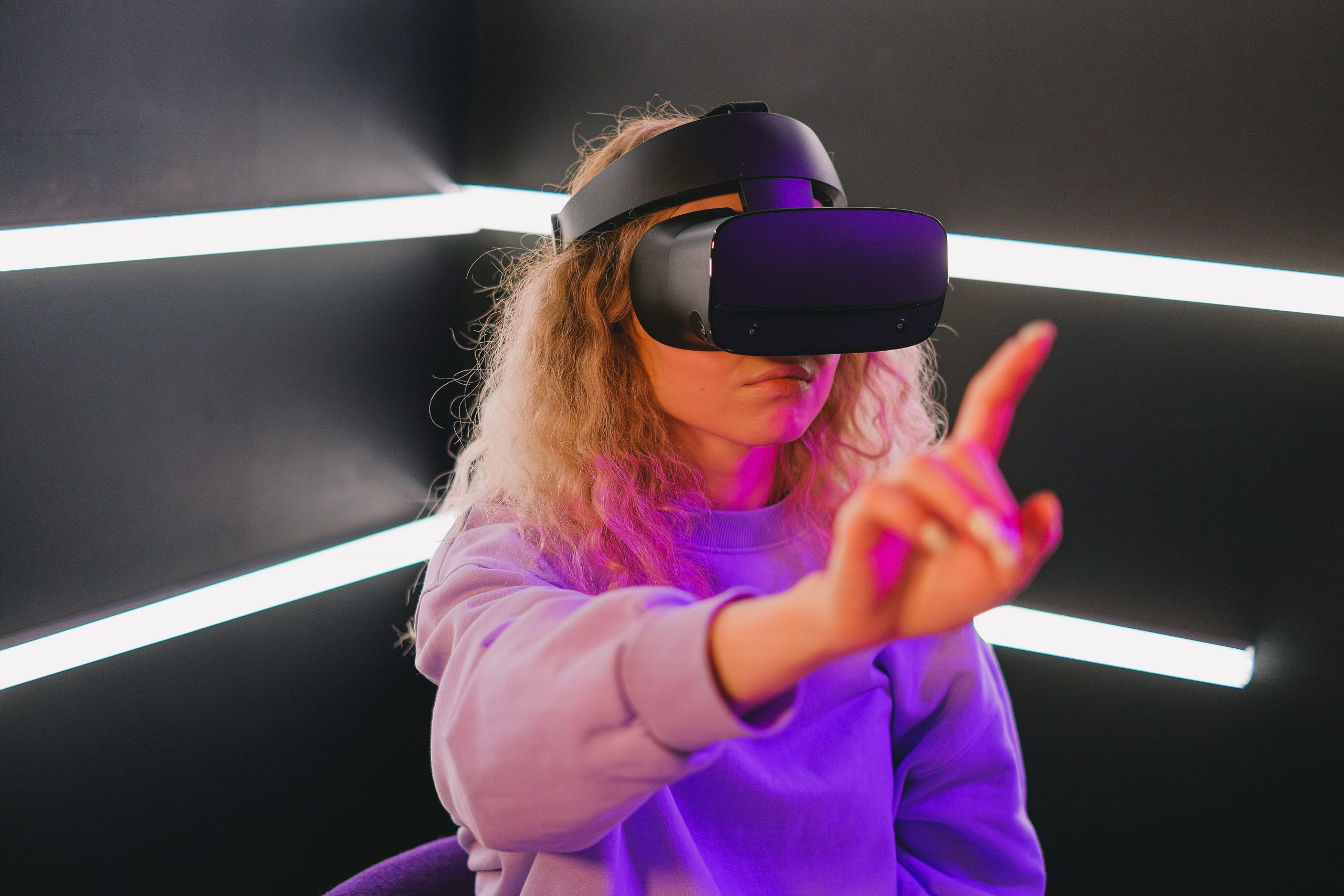 In The Metaverse, We Will Enter True Virtual Reality, With Our Avatars, Homes, And Businesses 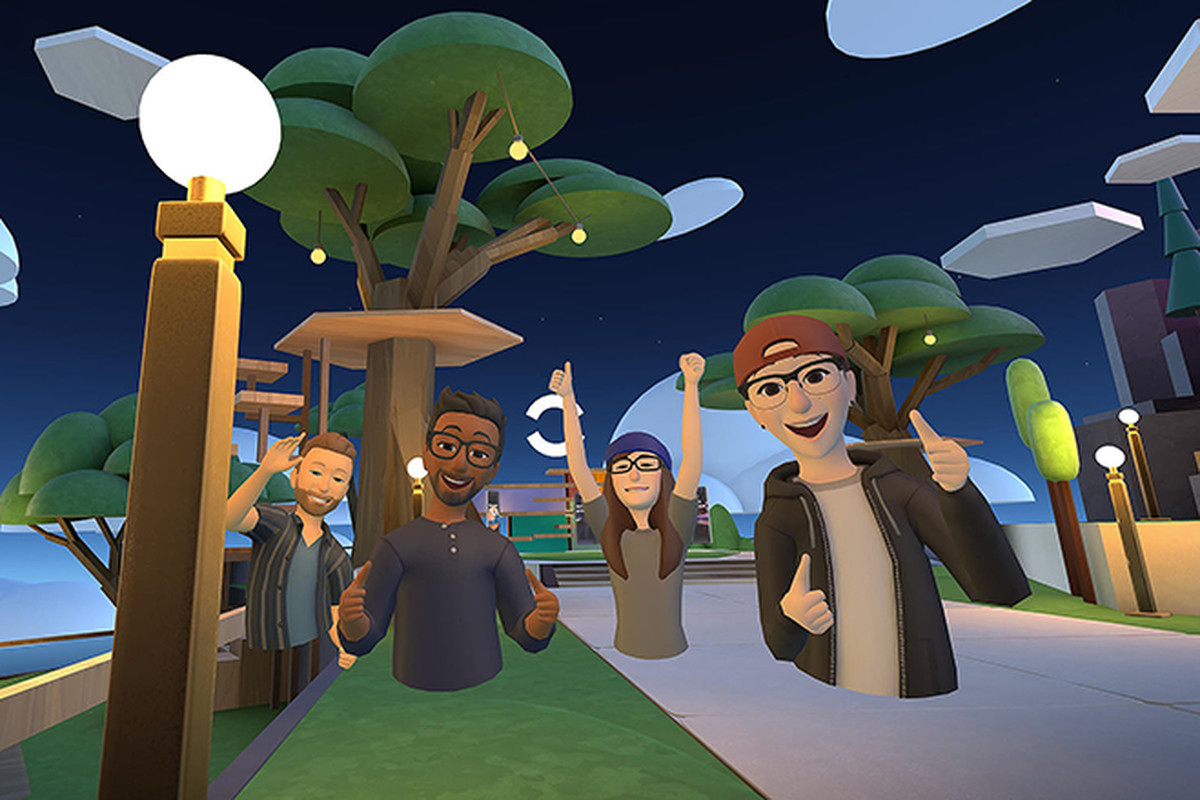 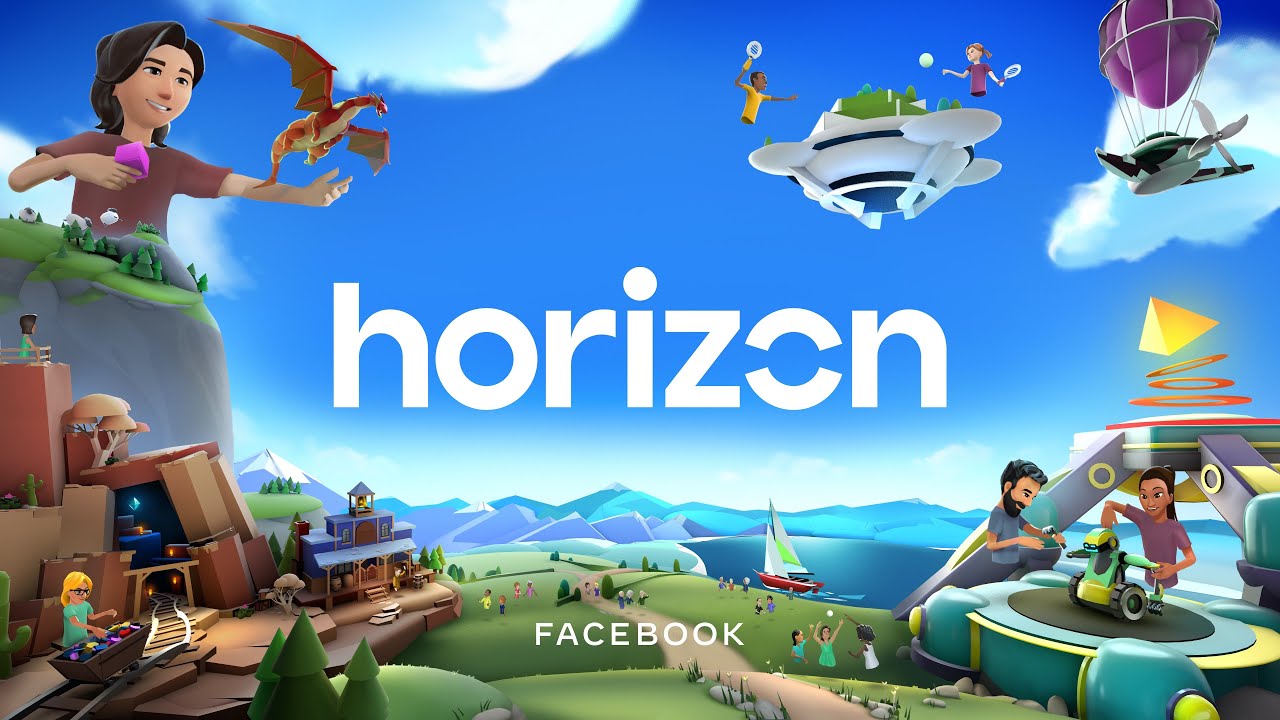 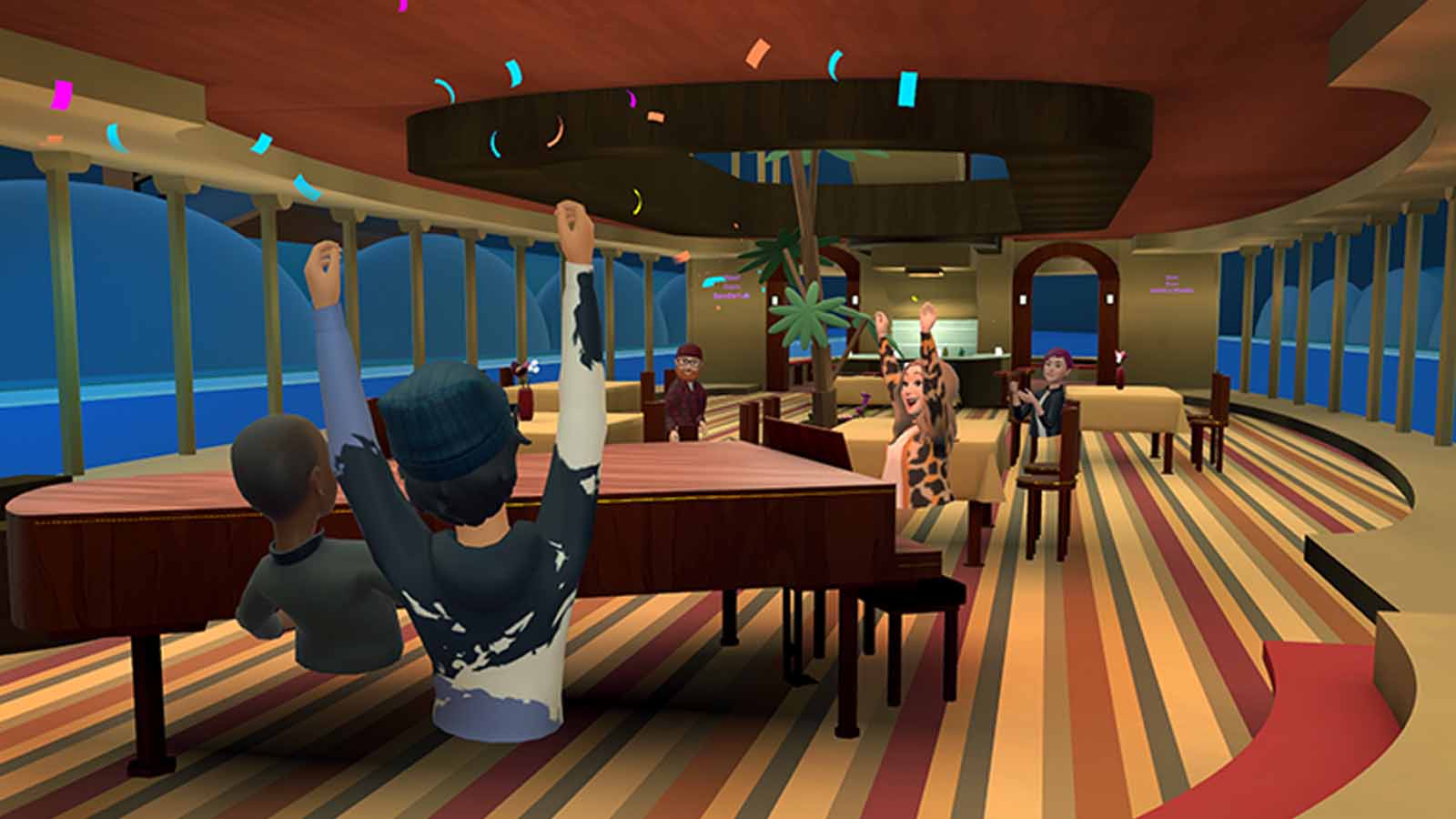 What Is The Metaverse: The Vr (Virtual Reality) Changing Our Existence And The Web 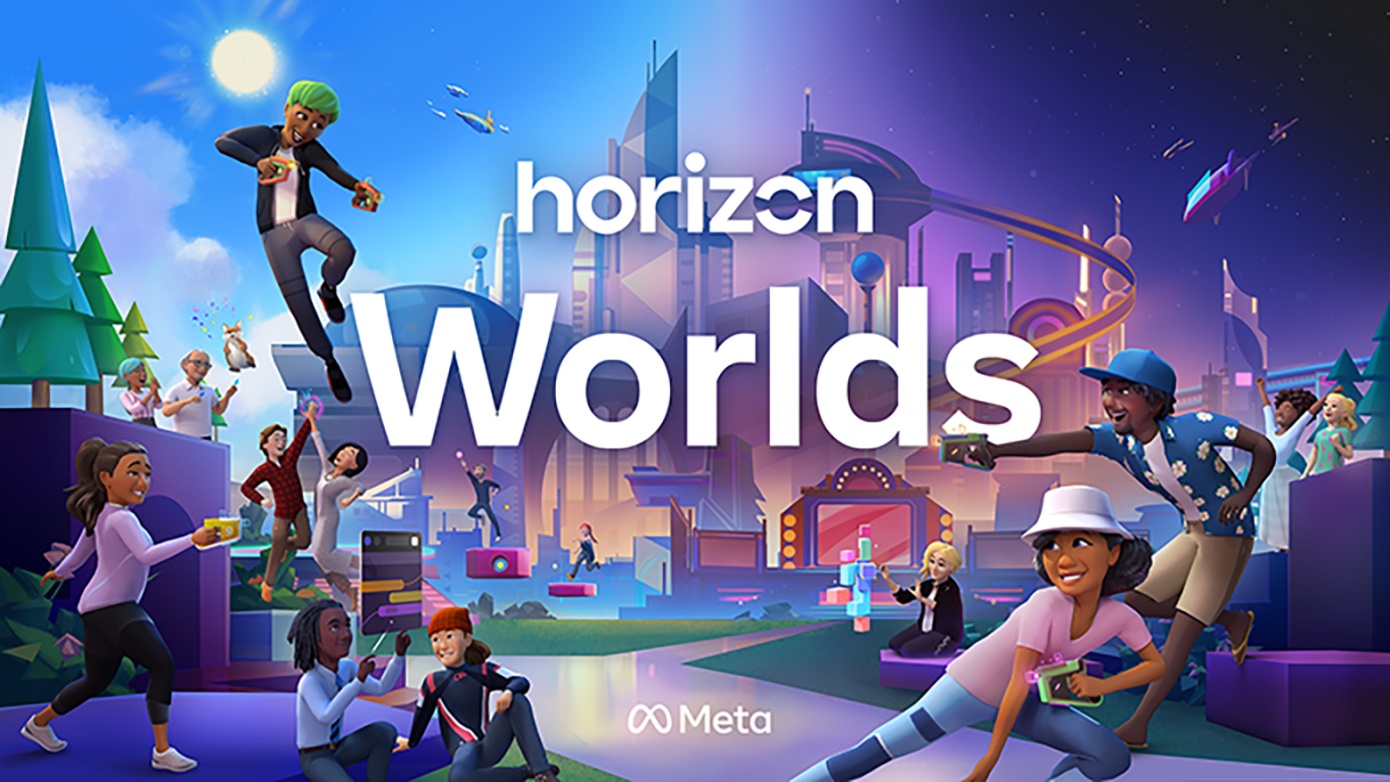 There Are Virtual Worlds More Loved Than Facebook, The King Of Social Networks Fails To Dominate The Metaverse