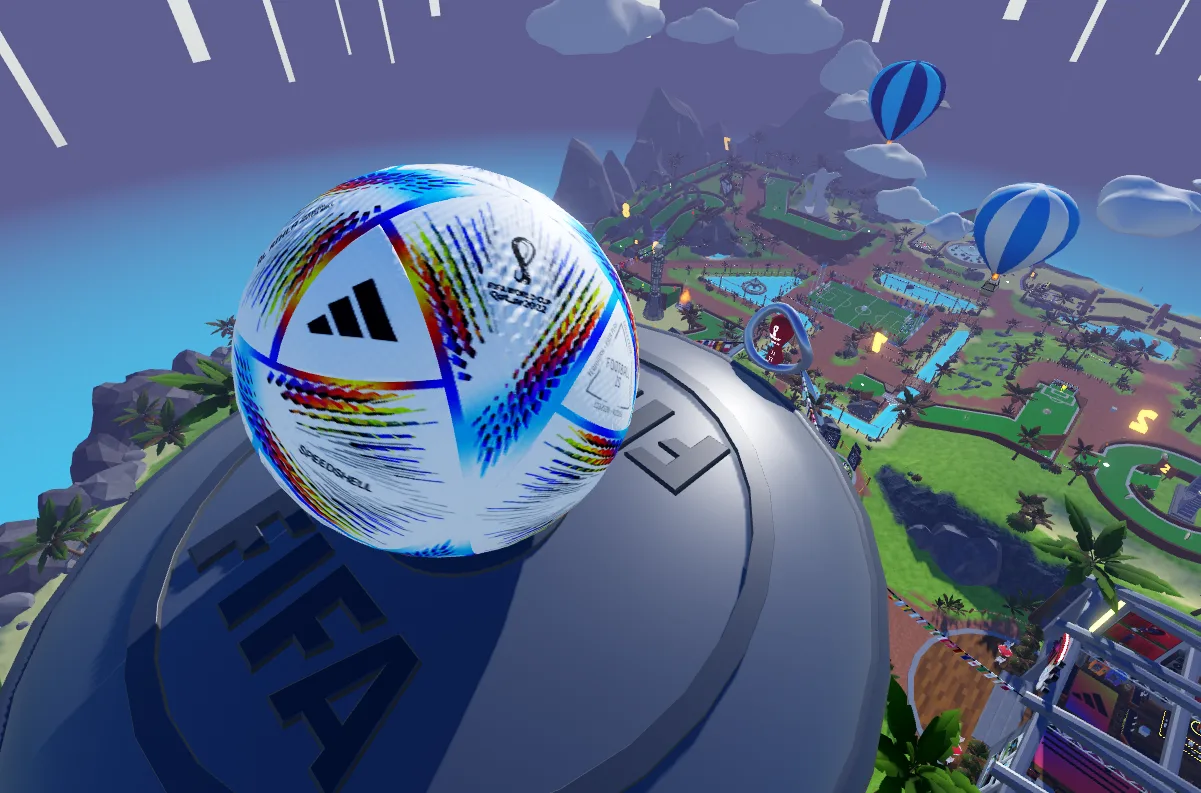 It’s called Fifa World, and within it, users can interact as if they were friends or at a sports event. They can also socialize with challenges and games of skill that allow them to obtain rewards and exclusive collectibles.

Keyword: having football as a common passion, whether it is football played live or in a video game.

In Fifa World, there are also leagues that allow users to compete with each other and win prizes.

FIFA (Federation of International Football Association) chose Roblox because it is already a basic online gaming platform that allows users to create their own games and share them with other users.

The platform also offers the possibility to earn real money thanks to micro-payments within the games. Roblox is free, but some exclusive content is paid for.

After the launch of Fifa 2023 of EA Sport Fc, the most loved video game in football, FIFA takes another epochal step in the virtual world.

AN EPOCHAL CHANGE IN THE VIDEO GAME AND SPORT SECTOR

With this new partnership, FIFA announced via blog the birth of FIFA World within Roblox.

One of the oldest and most popular games in the world enters the Metaverse.

“The immersive FIFA experience on Roblox will provide football fans with an exciting new way to interact with friends, celebrate the rich culture and heritage of the world’s largest sporting competition, and demonstrate their creativity and national pride through various characteristics and mechanics.”

This was stated by Romy Gai, Chief Business Officer of FIFA.

But what is it about?

– Fifa World is a football metaverse in its own right, even if it is found, as I have already said, inside the larger Metaverse of Roblox.

– Inside, you can interact with other fans in virtual social places, including through challenges and skill games that allow you to get rewards and exclusive collectibles.

– There is also no shortage of guest stars: in FIFA World, it is possible to meet the avatars of Pedri (Barcelona) and Lena Oberdorf (Bayern Munich), two icons of football, the first from Spain, the second from Germany.

– Among the other contents present, it is worth mentioning FIFA, a set of official video contents to be watched on the mega-screen present in the Metaverse.

In short, lots of fun, entertaining games shorten the distance between users and football stars.

WILL THE NEW STADIUMS BE WHERE YOU CHEER?

I wonder: will these new virtual stadiums become the social spaces where we can gather our fans to experience the game together?

And again, with the spread of Augmented and Virtual Reality (AR/VR), how much time will pass before it is possible to “enter” one of these stadiums and see the match live as if we were present in the stands?

In short, it seems that the football world is changing radically, and it is no coincidence that FIFA has chosen Roblox as a partner for this new adventure.

Lately, they have released some less optimistic data on the Metaverse, where it seems that there are very few active users.

Maybe these gimmicks are marketing operations to increase active users in the Metaverse. What is certain is that FIFA’s move could be an important step in this regard.

Do you know how many football followers there are in the world? Thousands of millions.

And how many Roblox players are there? 100 million.

Will they be able to increase active users in the Metaverse thanks to the appeal of football? We’ll see.

In the meantime, we football fans can only look forward to this new frontier of football.

OTHER SPORTS PRESENT IN THE METAVERSE

It should be specified that this extension, that is, sports that are also experienced in some way in the Metaverse, it will be a gradual transition. Very gradual.

The world of golf is also present in the Metaverse thanks to the partnership between Topgolf and High Fidelity, a virtual reality platform.

The International Olympic Committee (IOC) and the Olympic Channel have partnered with Oculus to create content dedicated to the PyeongChang 2018 Winter Olympics in Virtual Reality.

Finally, still talking about sports, we cannot fail to mention Formula 1, which recently signed an agreement with Virtually Live, a company that develops augmented and virtual reality experiences, to allow fans to watch the races in VR.

These are just a few examples that show how the world of sports is also entering the Metaverse.

It is an unstoppable trend that will involve more realities, leading to new forms of entertainment and socialization.

HOW TO EXPLOIT THESE RADICAL CHANGES?

These radical changes that are taking place in the world of football and sports, in general, can have repercussions on the business.

Think of the marketing and sponsorship opportunities that open up thanks to Augmented and Virtual Reality.

New forms of entertainment will be possible thanks to the Metaverse.

As always, those who take advantage of these opportunities will have a significant competitive advantage.

This is why it is important to always be aware of new trends and constantly monitor the market to avoid being left behind.

The changes taking place in the world of football could just be the beginning of an even bigger revolution.

For example, someone might think – and mine is not advice but only a general analysis – of investing in Roblox. If FIFA has chosen it, it has also given it a lot of importance.

So how can you invest in Roblox?

The company is listed on the Nasdaq stock exchange, and its shares can be purchased.

For the more daring investors, you can focus on the Initial Coin Offerings (ICO) of the start-ups in the sector.

It is a very volatile and risky market, so you must always invest with caution and constantly monitor the situation.

Then there are the Roblox tokens.

Roblox has recently partnered with the cryptocurrency company Blocktrade to allow users to trade their tokens within the platform.

This represents another way to invest in Roblox and the Metaverse in general.

Tokens are very similar to Bitcoins, they are digital currencies, and in this case, they can only be used in the Roblox ecosystem.

In summary, sports are entering the Metaverse, leading to new business opportunities.

The New E-commerce Will Be In The Metaverse. Meta’s War On Amazon And Ebay Has Begun

Three Jobs That Will Take Place First In The Metaverse. The New Zuckerberg Viewer Is Designed For This